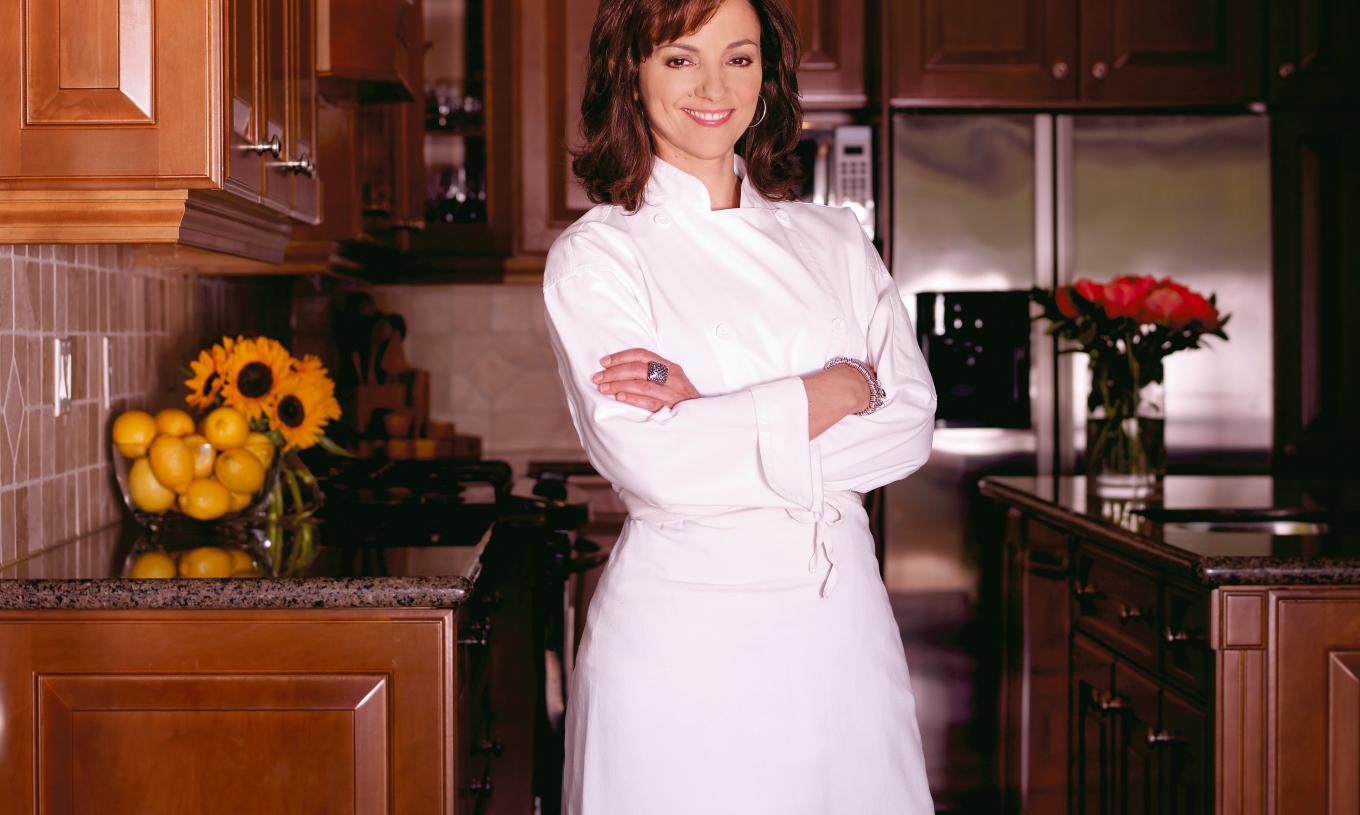 Fearless in the Kitchen

Elaine’s food is so bad, her kids won’t even eat it. Christine must turn this career-driven mom around so she can cook nutritious meals for her family. Focusing on Elaine’s love of Italian food, Christine takes her to make fresh pasta with the ultimate Italian Mama. And, just as Elaine is starting to feel confident, Christine throws her into an Olympic sized challenge – catering a private dinner at the home of multiple gold-medalist Marnie McBean. In the end, can she finally cook a meal her family will actually eat?
1675510200 2023 02 04 6 30
630a

Rosemary’s family doesn’t want her anywhere near the kitchen. Her cooking is awful, but even worse, she’s set not one, but two, kitchen fires. Christine decides Rosemary’s first challenge is to learn how to fight fires – from real firefighters. Later, Rosemary works as a short-order cook and is flabbergasted to learn that her biggest order is cooking for her favourite Elvis impersonator. Later, she has to prepare a traditional meal for her very skeptical family.
1675591200 2023 02 05 5 00
500a

JOHN: BRUTAL ON THE BBQ

John’s a terrible cook. He can’t even use the BBQ. Christine decides that it’s time for John to be a man and learn how to grill. She shows him how to cook the perfect steak, and then takes him on an Oyster adventure – in hopes that he can prepare a surf and turf meal for his wife and friends. But before he can do that, Christine turns up the pressure and has him grill ribs for hundreds of people at an International Ribfest.
1675593000 2023 02 05 5 30
530a

Jessica’s idea of cooking is reheating frozen food. It’s time for her to learn to cook -- and Christine is on the job. After Christine teaches her to make amazing Jerk Chicken skewers, they head out on an adventure to make handmade empanadas. With Jessica feeling a little more confident, Christine throws her into a huge challenge: prep, grill and serve seafood appetizers to over 200 VIP guests at Boy’s Night Out. Later, when Jessica has to cook for her friends and family and the party size suddenly triples, can she take the heat?
1675594800 2023 02 05 6 00
600a

Vik’s a doctor who never cooks. He either eats out or relies on his friends to cook for him. Christine decides that it’s time this vegetarian doctor learned to cook for himself. She shows him how to make vegetarian staples, teaches him about the importance of herbs and then challenges him to prepare at fabulous dessert at on a busy night at a top French restaurant. In the end, can Vik actually pull off a meal that will impress the friends who’ve been taking care of him for years?
1675596600 2023 02 05 6 30
630a

SIMONE: STRUGGLE WITH THE STOVE

Simone has avoided cooking her entire life by relying on her family, roommates and her husband. But now that she has someone counting on her – her newborn son, Jesse. Christine wants Simone to start some family traditions and takes her on a baking adventure to make homemade cookies. Simone’s confidence builds and Christine challenges her to make funnel cakes at the grand opening of FunLFun, a dessert emporium dedicated to making the “World’s Best Funnel Cakes.” Can Simone learn how to make delicious food that her family and friends will actually enjoy?
1675677600 2023 02 06 5 00
500a

The only thing Max can make is Mac’n’cheese. So Christine has her work cut out for her as she tries to teach this culinary novice the rules so he can create well-balanced meals for his fiancé and kids. Max goes from massacring mac’n’cheese, to learning how to make artisanal taco chips and salsa, a sizzling Mexicali stir-fry and a cheese soufflé for high-end restaurant patrons. But has he developed the skills that will allow him to create a dish that will give him the thumbs up from both his kids and his fiancé? One thing is for certain, this terrible cook will keep Christine jumping as she attempts to put the Max into Mexican.
1675679400 2023 02 06 5 30
530a

When it comes to cooking Ann doesn’t have a clue about flavor. The only seasonings she ever uses are soy sauce and salt. It’s an uphill battle as Christine tries to take Ann’s palette from bland to grand. Ann goes from creating crappy Caribbean rice and peas, to a blind taste test to tantalize her taste buds. Ann also learns to make a scrumptious spiced lemon shrimp, and plunges down a culinary rabbit hole as she attempts to put the pizzazz into a pizza for a packed room of VIPs. The question is, can Ann take everything she’s learned to create a flavorful sensation that will cause her son, and the rest of her family to offer her a standing ovation. One thing is for sure, it’s a treacherous trek as Christine attempts to spices up Ann’s life.
1676113200 2023 02 11 6 00
600a

Lisa: Any Given Sunday

Just the mere mention of the word ‘cooking’ is enough to send Lisa into a downward spiral of defeat. After all Lisa has more culinary mishaps under her belt then bottles of half eaten condiments in her fridge. From hockey puck hamburgers to scorched frozen food Lisa has never had a success in the kitchen. Lisa goes from screwing up scalloped potatoes to discovering how to bake fresh bread. She also gets cozy with cooking Cornish hens and attempts to put her ducks in a row when she makes duck canapés for patrons at a high-end restaurant. This time Christine will have to work 24/7 if she wants to help Lisa make Sunday dinner a new tradition that her family will always want to observe.
1676115000 2023 02 11 6 30
630a

Zain: How to Look Good Cooking

32-year-old television host, Zain is so busy that he generally only eats twice a day and the food is either take-out, catered or quickly thrown together from the raw ingredients in his sparsely populated fridge. What Zain wants more than anything is to learn how to make healthy meals not only for him but also for when he entertains his many celebrity friends. So Zain moves from obliterating an omelette to learning the five steps to searing sashimi from a professional chef. He also stirs things up with a Vietnamese Soup and demonstrates his newfound skills when he blitzes an upscale restaurant with his own special Blinis and Borscht. Christine will be pushed to her culinary limits as she tries to get this television host with the gift of gab to take his cuisine from drab to fab.